The Crew has become one of the best Movies & TV shows addons in 2021 appreciated greatly by most Kodi users today. On this page, I'll show you how to easily download movies & TV shows from The Crew addon, to the local storage of your Firestick, computer, Android boxes, etc., step by step.

Additionally, there is a fast and stable downloader program for Windows that comes highly recommended. It enables you to download videos in high quality from 300+ websites. Free download it and have a try:

The Crew is a new Kodi addon and has become one of the best all-in-one addons in 2021. The Crew contains a good deal of high-quality movies and TV shows of various genres for users to enjoy, and it's a great idea to download some of them to avoid Kodi buffering, and for offline playbacks. In the following, you'll learn how to download the favorite movies and TV shows on your local storage.

• If you haven't installed The Crew already, here's the post of the detailed reviews and installation guide on The Crew addon.

Disclaimer: This guide is for educational purposes only and should only be used to stream movies or TV shows under the public domain. WonderFox is in no way collaborated, affiliated with or hosting any Kodi add-ons, repositories or builds. We do not endorse or advocate copyright infringement.

· For new users, install Kodi on your device to get started.

How to Download Movies and TV Shows from The Crew Addon

Step 2. Scroll down and select Tools.

Step 3. The Crew doesn't provide Download as a default configurable option, it's hidden under the Settings window. Here, click on any Settings option to pop up the settings window.

Step 4. From the Settings window, scroll down and move your cursor over the Downloads tab.

Step 5. Hit the slider of Enable downloads to enable The Crew download function.

Step 6. Define a destination path on the local storage of your device, for storing downloads.

I suggest that you create a new folder at a clear path with titling it an identifiable name, like ‘Kodi downloads' I'm using here, to make sure you have easy access to the movies & TV shows downloads afterwards.

Step 7. Now it's time to download. Select any movie or TV show desired on The Crew addon, and wait for the links generated.

Step 8. Right-click on any of the link and select Download, and the download will start. You can find the downloads at the destination you defined earlier. 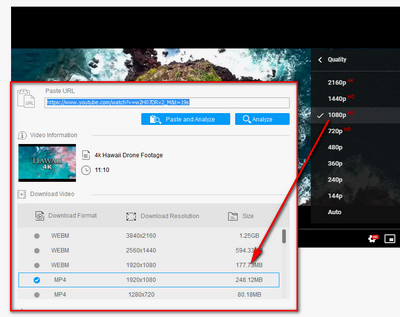 That's it! It is just as simple as it seems, have a try on your own and download some great videos right away! If you have better ideas or further questions on how to download movies and TV shows from The Crew addon, feel free to reach me by clicking on my name from the top of the page, right next to my avatar. Have a good one.