2 Free Solutions for Converting MKV to MPEG with Ease

Many videos and movies we download from the internet are saved in .mkv format and some people may want to convert them to .mpeg to solve compatibility issues. This article will go over how to change MKV files to MPEG with two free methods. Yet, for faster and simpler conversion, you are recommended to download the best free MKV to MPEG converter offline and keep reading:

Why We Need to Convert MKV to MPEG?

MKV is a widely-used free video container format, which can hold various video, audio, picture, subtitle streams and other data. You can find that many videos, movies and dramas with multiple audio tracks or subtitles are in .mkv format.

However, because of this, MKV playback failures are common since a lot of times your devices may not recognize certain video or audio codec encapsulated in MKV container. For instance, many users told me that they have encountered troubles of playing MKV on LG TV, playing MKV on Apple TV, MKV iPhone playback  and  MKV to iPad conversion. As a result, some people tend to change MKV files to MPEG, which has better compatibility. 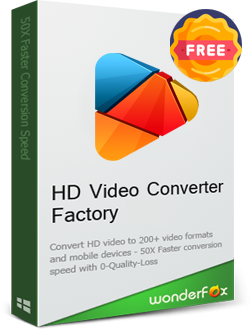 Many people misunderstand MPEG and think it is a video format. In fact, MPEG (Moving Picture Experts Group) is just a working group of authorities to set standards for audio and video compression and transmission. And the MPEG standards consist of different parts. The most common three codecs are listed as follows:

Now let's return to the original topic. If you want to convert MKV to MPEG, there are many third-party programs and service can provide a shoulder for you. The 2 tools recommended below are simple and free, which can help you to complete .mkv to MPG transition with only a few clicks.

As a functional free video converter, WonderFox Free HD Video Converter Factory supports downloading movies and music from 500+ sites and convert video & audio to various formats and devices to settle incompatibility problems. Also, it can help you to extract subtitle from MKV, convert MKV to MP4 and other formats. Here, it can work as an excellent free MKV to MPEG video converter and I will guide you to convert MKV files to MPEG/ MPG for better compatibility. Now, free downloadfree download this MKV to MPEG converter to get started!

Step-by-step Guide on How to Convert MKV to MPEG

Run the free MPEG converter and open Converter, click Add Files button on the upper left corner to import .mkv videos into the converter. It also allows you to directly drag and drop files into the main interface. Then, click Output Format on the right side to go to the format choosing window. If you want to convert MKV to MPG/ MPEG1/MPEG2, choose MPG as the output format under Video tab. For those who want to convert MKV to MPEG4, they need to choose MP4.

After choosing MPG as your output format, click Settings. On the Settings window, choose MPEG1VIDEO/ MPEG2VIDEO on the drop-list of Encoder to convert MKV to MPEG1 or MPEG2 video. Then, hit Ok button.

For MKV files to MPEG4 conversion, choose MP4 on Output Format window and then click Settings button. Then, open the drop-down list of Encoder and choose MPEG4. Don’t forget to hit Ok button to save your settings.

Step 3. Start Conversion at Once

Then, the converter will return to the main workplace automatically. You just need to specify a desired output path and click Run button on the bottom right corner to complete the .mkv to .mpeg conversion.

VLC Media Player is not only a multi-media player, but a free and effective .mkv to MPEG converter. Then, follow me to see how to convert MKV to MPEG with VLC Media Player.

Step 1. Run VLC and click Media on the menu bar. Then, choose “Convert/Save” on the drop-down list. Or you can directly press the shortcuts “Ctrl+R”.

Step 2. Then, press Add button to import a MKV video from your PC and hit “Convert/Save” to go to the next step.

Step 3. Click the spanner icon which is at the right side of the drop-down list of Profile.

Step 5:Click Save button and it goes back to the previous page automatically.

Step 6. Then, specify a desired output folder and click Start button to convert MKV to MPEG-1/MPEG-2/MPEG-4.

Now, you can start to change your .mkv files into .mpeg videos with ease. Of course, if you don’t want to install any software on your computer, there are many online video converters available for you on the internet. But I have to remind you that misleading ads and pop-ups are inevitable. As a result, to keep away from video file upload limit and slow conversion, online converters are not recommended. Either of the video converter will help you complete the conversion for free. Yet, for more stable and easier conversion, the dedicated Free HD Video Converter Factory is the better option. Click to get the MKV to MPEG converter free download and have a try:

You may have many DVDs at home. Want to digitize them for convenient and permanent preservation and playback? WonderFox DVD Ripper Pro, an easy and effective DVD ripper, can help you to digitize DVDs to 500+ formats and devices for better compatibility and convenient video playback. Besides, ISO Image and DVD folder are also supported. If you like, you can use this software to compress and edit the digitized DVDs videos at your will.