Free SWF Video Converter Factory, a 100% Free SWF video converter, could solve all video to SWF and SWF to video conversion problems. But it's much more than SWF converter freeware!

It's capable of converting videos of all pop formats like MP4, AVI, MPEG, WMV, MKV, TS, and more video formats to SWF, such as convert MP4 to SWF free.

It can also convert SWF to WMV, MP4, AVI, MOV, 3GP, FLV, MPG, M4V, H264, DIVX, XVID with high quality, such as convert SWF to MP4 free. Don't waste your time on the so called professional SWF free converter any more. Free SWF Video Converter Factory is the rightest video converter for you.

Over and above, extracting audio from video and converting them to audio formats is feasible.

Although it's a 100% FREE SWF video converter that you can enjoy this wonderful software free of charge, you can indeed acuqire more skills, for example, free download videos online.

This freeware is a handy tool to download web source like video and music with few clicks. Furthermore, you are able to select video resolution and file size before downloading process starts. 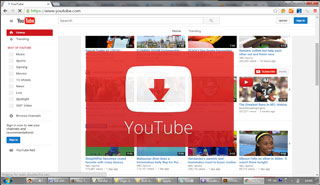 Free SWF Video Converter Factory will let you add or remove subtitles, merge multiple videos into one as well as join audios files into one. And you are to find more after downloading this all-in-one program.