Free Download
Does Wii U Play DVD? How to Play DVD Movies on Your Nintendo Wii U

Does Wii U Play DVD? How to Play DVD Movies on Your Nintendo Wii U

Can you play DVDs on a Wii U? Does Wii U play DVD? The short answer is NO as Nintendo officially acknowledges that the Wii U console does not play DVDs or Blu-Ray discs directly. However, this post introduces an acceptable workaround to make it possible to play DVD on Wii U. All you need is a handy DVD to Wii U converter.

Download the best DVD converter for Windows to finish the task in the easiest way.

Does Wii U Play DVD?

"Can Wii U play DVDs?" or "Can I Connect Wii U to a DVD Player?" is a common question asked on some forums, Q & A platforms and social media. Actually, the Nintendo official clearly stated that Wii U offers access to video-on-demand services like YouTube, Hulu, Amazon Instant Video, Netflix and other video streaming service, but it DOES NOT play DVDs, movies/music stored on SD cards, USB hard drives, or other portable memory devices.

However, thanks to Wii U’s web browser, with a media server program installed on your PC, you can stream MP4 video file to your Wii U. So convert DVDs to Wii U compatible video file is a real priority.
Next, free download this handy DVD to Wii U converter and install it to get ready. Then follow the detailed guide to learn how to play DVDs on Wii U.

Recommended DVD to Wii U Converter

Equipped with 300+ output presets, WonderFox DVD Ripper Pro can fast rip any DVD, be it homemade or commercial, to a standard format compatible with Wii U. The advanced GPU-accelerated technology and decryption technology are added benefits. Try this professional converter and play DVD on Wii U without hassle.

To play DVD on Wii U, the whole process can be divided into two parts. First, you need to digitize the DVD disc into a video file, and an awesome Windows 10/11 DVD ripping tool that can help us rip DVD to MP4 easily. WonderFox DVD Ripper Pro, a full-featured DVD converter, which offers you the optimal prests for Wii U and some other game consoles including PSP, PS3/4/5, Xbox 360/One/Series, etc., so that you can convert DVD disc to Wii U compatible format with fast speed and extremely high quality.

Now free downloadfree download this DVD ripper and follow the steps below to solve Wii U DVD playback issue.

Best DVD to Wii U Converter 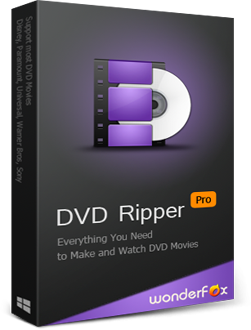 Step 1: Load DVD into the Program

To make Wii U play DVD smoothly, firstly, let's free downloadfree download WonderFox DVD Ripper Pro on a Windows PC. Insert a DVD into the DVD-ROM drive and launch the program you just installed. Then click on "DVD Disc" to load the DVD you want to play on Wii U. This software will automatically analyze, decrypt DVD and tick the main title of the movie.

Click on the Output Format section and enter a new window. Now, choose the MP4 icon under the Video tab. Also, there are 300+ different formats and devices for your choice.

Set the output file path at the bottom of the interface, and finally click the "RUN" button in the lower right corner to start the conversion to get a digital copy of DVD.

Disclaimer: WonderFox doesn't advocate any illegal duplication and distribution. Please refer to the DVD copyright laws in your country before you rip any DVDs. Ripped content CANNOT be used for unauthorized reproduction, distribution or any commercial use.

Related reading: Is It Legal to Rip a DVD for Backup and Private Use in Your Country?

How to Use Wii U DVD Player

Step 3. Go through the basic setup process, create your media library as "Movies", "TV Shows", add the folder on your PC containing the ripped MP4 files you want to watch on your Wii U to your library. Then Plex will automatically scan and load media files.

Step 4. Next, open your Wii U and run the Wii U Internet browser. Then go to https://plex.tv/web and log in with your own account, you'll be pointed at your local media server.

So does Wii U play DVD? The answer is obvious. The above guide have shown you how to play DVD on Wii U step by step. Just follow it and you can watch DVDs on Wii U readily.

Download the DVD ripping program, it will never let you down.

WonderFox DVD Video Converter is a multi-function tool that helps us convert DVD to MP4, AVI, MKV and other video formats for long-term storage and playback. In addition, it also supports converting your local video to various digital formats. Download it to have a try!