After Nokia Company released several new and gorgeous mobile phones, Nokia becomes hot again. Almost every here and there, we can hear people talk about the Nokia N8. Nokia C6 is also hot in online shopping. The Nokia C7 and Nokia N900 have already been high praised by users. Even the concept phone - Nokia N10 is still in hot discussion. All of these new phones provide powerful entertainment functions to users. And the Ovi store is the apps store for users.

What is Nokia Video Format

How to Get Such Videos for Nokia

For getting Nokia videos, there are different ways - Some video sharing web such as YouTube, some forums for Nokia videos, video conversion, etc. Among them, personally I think choosing a conversion tool is the best way. Even it's not so direct and easy, it's stable and we can convert every new released video to our Nokia mobile phones as we want.

For video conversion software for Nokia, here I suggest Nokia Video Converter Factory Pro. It is the professional conversion software for Nokia video converting. The converter supports to convert all popular videos to all Nokia multimedia phones even the newest N8, N900, C6 and C7. Besides, it also provides fast converting speed and good image for users. Furthermore, the additional functions such as merge, clip, crop and effect are also available for users to edit videos. It's the reliable assistant for your Nokia mobile phone.

So, with a right and professional assistant for Nokia phones, get Nokia video format is easy and then we can enjoy videos on Nokia mobile phone conveniently.

Nokia Video Converter Factory Pro can Help You Do More

Nokia Video Converter Factory Pro 4.5 is a professional video conversion software to help you enjoy all types of videos and audios on your Nokia cell phone.

With Nokia Video Converter Factory Pro, you can do the following converting tasksyou’re your Nokia cell phone, no matter what model of Nokia you have.

With Nokia Video Converter Factory Pro 4.5, your Nokia cell phone will become more powerful in the field of video playback. 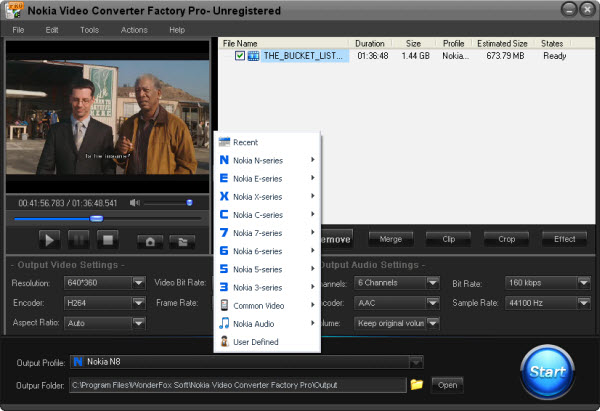 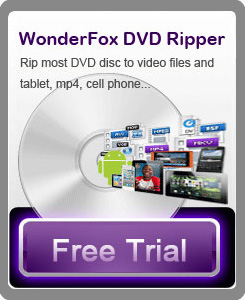