How to Convert Videos Rapidly with GPU Acceleration

What It Will Become without GPU Acceleration?

Normally CPU (central processing unit) is mainly responsible for the video conversion if you don’t use GPU acceleration. And the better the CPU performance is, the faster the conversion speed will become, and vice versa. However, without hardware graphics acceleration, you will face some problems. Firstly, it will unnecessarily increase your CPU utilization, which negatively impacts overall system performance. What’s more, things like system slowness and computer jam will ensue when you are converting a large file.

Therefore, you can see the importance of GPU hardware acceleration. So a GPU video converter plays a vital role in editing videos. Next, I will show you a powerful GPU accelerated video converter as well as some basic information on GPU.

The Most Powerful GPU Video Converter for Video Encoding

GPU, short for graphics processing unit, is very efficient at manipulating computer graphics and image processing. WonderFox HD Video Converter Factory Pro is one of a pioneer in utilizing GPU acceleration to improve the efficiency of conversion.

It uses NVIDIA NVENC, NVIDIA CUDA and Intel QSV technologies to speed up outputting video formats. Here, you need to know GPU Acceleration only support H254 encoder and H265 encoder. NVIDIA NVENC and NVIDIA CUDA use the discrete graphics chips of NVIDIA to accelerate the conversion. Intel is well-known to everyone, and Intel QSV technology comes from the Corporation. Intel QSV accelerates the video conversion using the integrated graphics chip that is embedded in Intel CPU.

As for the working principle of GPU Acceleration, GPU shares the responsibility of CPU for converting the videos, which can effectually enhance the speed of conversion, even up to 25X (for the comparison of no GPU acceleration). One thing you need to know is that the performance of GPU determines the degree of improvement of the conversion speed, that is to say the better the GPU performance, the more obvious the conversion acceleration.

By the way, there are some hardware requirements on accelerating video conversion with NVIDIA NVENC technology, and can see more details from the site: https://developer.nvidia.com/video-encode-decode-gpu-support-matrix 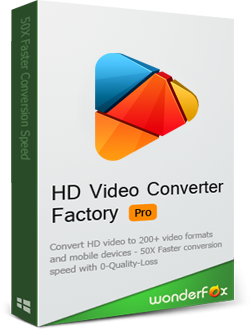 Turn on the “Hardware Acceleration”

The Comparison between Hardware Acceleration ON and OFF

The Collection of Some Articles on GPU for Video Editing

Make a conversion with high speed

To some extent, the low speed of video conversion will bring you inconveniences and consume your time. Besides, your computer cannot work due to the CPU usage 100%. Thus, the wonderful NVENC encoder will help you convert videos at a high speed.

Click here to get hardware acceleration when converting video files >

To see how to speed up video conversion, click here >

The Best Solution to Rip and Convert DVD with GPU Acceleration